Father to legendary, Aretha Franklin, Reverend CL Franklin continues to be an inspiration to many across the globe. This is the First Release of the C.L. Franklin Experience in the past 40 years, straight from the Historic vaults of Jewel Records. The double-disc Collectors item includes a sermon on Disc 1 a the second CD is of the New Bethel Church choir vintage recording, consisting of ten songs.

Album in stores Now, wherever music is sold! 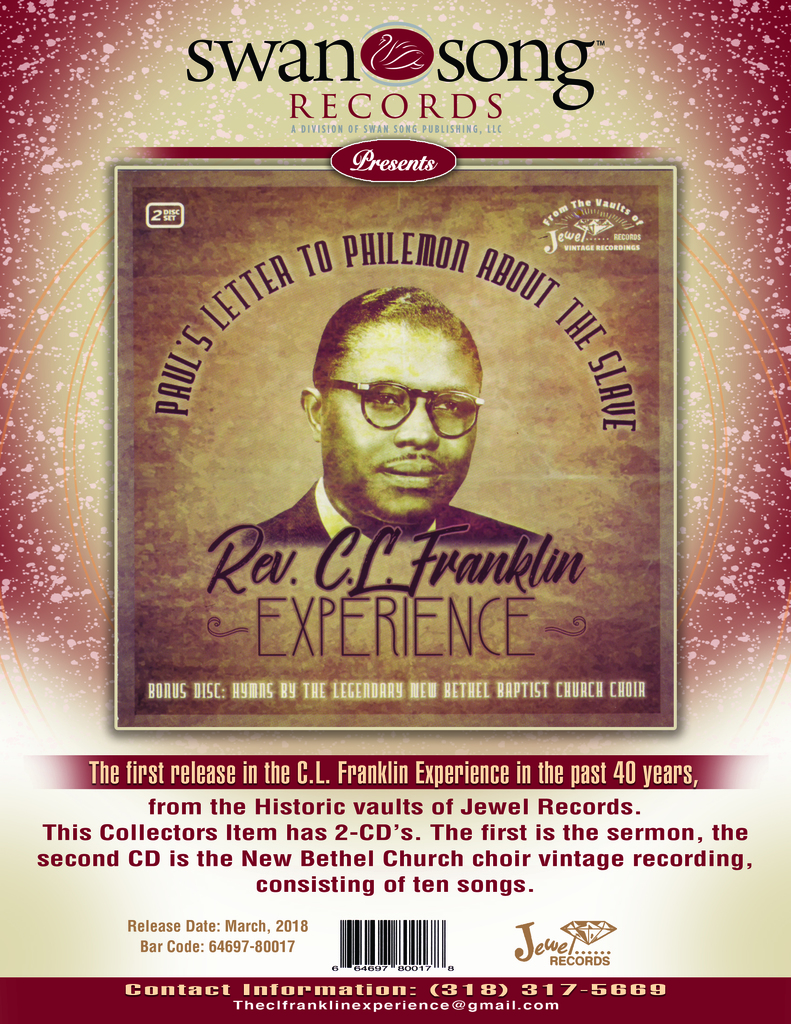 Clarence LaVaughn Franklin (January 22, 1915 – July 2, 1984), better known as Rev. C.L. Franklin, was born in rural Mississippi. He was called to the ministry when he was just 16 years old. He pastored several churches in the south before moving to Buffalo, NY and then to Detroit, MI where he founded the New Bethel Baptist Church. Reverend Franklin sang along with his daughter, Aretha Franklin when she was only 14 years old. “The man with the million dollar voice,” was a highly influential Baptist preacher and civil rights activist. He was a friend of Dr. Martin Luther King, Jr. Rev. Franklin led a civil rights march in Detroit in 1963. Sadly he was severely wounded by a gunshot after thieves broke into his home in 1979. As a result he remained comatose until he died. Rev. C.L. Franklin was one of the most dynamic, anointed and articulate speakers of our times. ​