"I was really on the most wanted, escaped from jail and beat some murder charges" #musicmoney meets Milwaukee native @burnem414 for his new tracks featuring Future and Yo Gotti 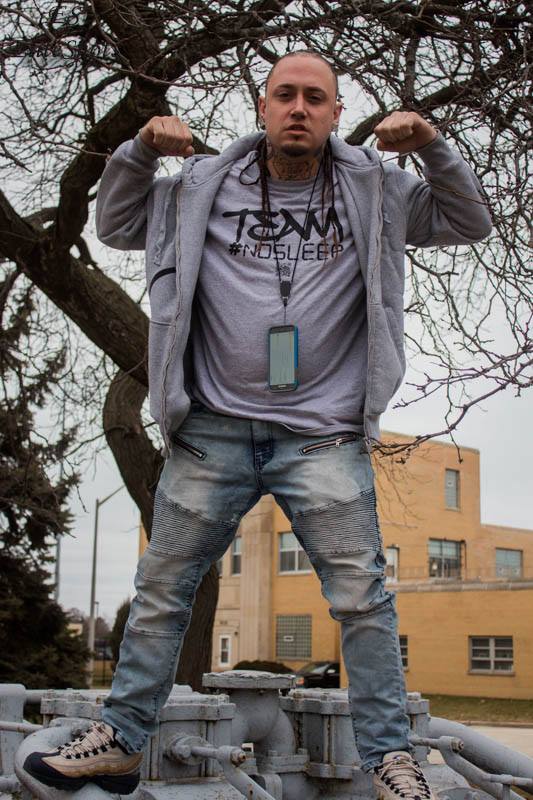 Billboard Burnem is a veteran Milwaukee artist whose reputation definitely precedes him. Known for proudly representing the South-side of the city and not being afraid to shake things up, the well-established emcee has been in the game since he was just 14 years old.

Over the years, Burnem has released a respectable collective of projects and music videos. Which have seen him collaborate with fellow industry peers such as Yo Gotti and Future. He has also graced a few major stages (Summerfest, SXSW, & The Official Super Bowl Afterparty), toured with artists who are signed to legendary New Orleans rapper/business mogul, Master P; and rocked the mic under the same roof as names such as: Young Money, Nelly, Twista, Tory Lanez, Boosie, Shawna, and the list goes on.

However, things haven’t always been so pleasant for the South-side bred talent. An unfortunate run-in with the law landed him on Milwaukee’s Most Wanted List and ultimately took him out of the game for about six years. But Burnem isn’t the type to stay down for very long. Upon his release, he hit the ground running and has yet to look back.
He began to utilize his colourful personality to step into the event/hosting game. And he began to utilize his uncanny ability to garner mass attention towards his brand as a platform for getting into charity work. A few causes near and dear to his heart include homelessness, breast cancer, heroin addiction, autism, and natural disasters. His overall mission is to use his platform to donate funds and bring awareness to critical situations. Advertising a legacy that transitioned from negative to positive and is constantly growing, Billboard Burnem is an artist/activist that is likely to remain a household name well beyond his years. His top-quality music and humanitarian efforts are much-needed staples in the Hip-Hop community.

Where are you from?
My Name is Billboard Burn'em from Milwaukee, WI.

Describe your sound:
I describe my sound like a lyrical club music but always test my boundaries with new music. J Cole meets Flo Rida.

Tell us about your latest track:
The Latest Music I have recorded is "Doing Numbers" featuring Future & "#Bank" featuring Yo Gotti.

Who inspires you?
I am inspired by those in similar situations, trying to get it as I do.

Where do you see your career in 5 years?
In 5 years I see myself doing more community work and setting up buildings to help our people.
My Music can be found anywhere.

Tell us something about yourself that people need to know.
Something people don't know is that my latest album is like a documentary. I was really on the most wanted, escaped from jail, and beat some murder charges. I just use all the negativity they put on my name and reverse it into positive. Now I'm in the position to really make things shake up.