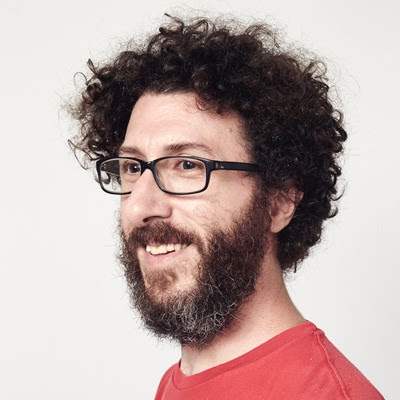 I am currently writing from the kitchen table as I've been gently nudged out of my home studio, dubbed Found Sound Laboratory, by my daughters and their friends while they have an impromptu jam session on drums, an old Casio (named Casios Clay), pink ministrat, and a cheap radio shack mic plugged into an even cheaper tremolo amp. It's polyphonic insanity that sounds better than anything I could spend months trying to perfect in GarageBand.

2. Where did you get your artist name from?

BrokeFace is a name that came out one day while I was writing lyrics and I dug it. It's become a persona I can use to really get to the crux of something I'm meditating on. I personally might not be able to point out a very painful truth about me to myself, which I consider one of my responsibilities as a writer, but BrokeFace has that freedom and it's been quite liberating, if not a little harrowing.

3. Music-wise what are you working on right now? Are you currently promoting a single or album?

I am currently finishing an album titled Dirty White. It's a mixtape of pieces I've been working on since I started writing my own music about 4 years ago. I've recently felt a very strong sense of what my sound is, which is something I haven't been able to grasp since I began to make my own music. As I was putting the album together, it was shaping up to be a chronicle of that journey. I was also able to find a through-line sound wise so, to me, the album sounds like one long song that goes all over the map but feels whole as well. I haven't figured out what to release for singles but Love Beast, Grasshoppers, and Swear Off are strong songs.

4. Who or what were the most significant influences on your musical life and career?

Well, the Dirty White album is very much influenced by albums like Beasties Check Your Head, Radiohead's O.K. Computer, Kendrick Lamar's Damn, and to some extent Zappa and P-Funk as well as Prince. There's a Purple Rain cover on the album. As a child growing up in the Massachusetts suburbs near Plymouth, I first started piano then, wanting to be John Bonham, on to the drums, but slowly realized that John Paul Jones was the spirit of Zeppelin. Those discoveries, along with all of the music of the 50s and 60s (Rock (Chuck Berry), r&b (Otis, what?!), Jazz (Monk), country, (Dolly), et al.) got me wanting to learn all instruments so I picked up keys, bass, guitar and anything else I could get my paws on, including the accordion which made its way,  almost unrecognizable, on to a couple of ambient songs on the album. In the 90s I was taken over by all the music coming out from Pixies to GnR to INXS to cheesy stuff too (I'll sing Seal's Kissed By A Rose at the top of my lungs if it comes on so watch out). At the same time, my brother gave me the Zappa albums Sheik Yerbouti and Chunga's Revenge which blew my mind. Then, I heard Rage Against the Machine which lead me to Public Enemy and Tribe Called Quest and there was no getting me back once I start down that road. Today, I have really opened up to everything and anything. I'm absorbing music at an insane rate and it's awesome, there is so much good stuff out there.

5. Who are your favorite musicians?

Right now I'm going back to school to get a music composition degree so I'm deeply entrenched in the classics. It's cliche, but JS Bach was insane. Insane. You listen to his stuff and you hear Metallica's One, you hear Wu-Tang busting out polyphonic layers over some harpsichord beats. It's still in everything. Other than that, I'm listening to Kendrick, TV on the Radio, Lizzo! (New album is so good), my girls turned me on to Mattiel, Nathy Peluso, Ariana Grande. I think Cardi B's tunes are pretty good, the production is great on her stuff. And sorry but I like LilNasX's song C7osure (damn you Spotify for your algorithm!). I would like to say I hate Charlie Puth, but I don't have much say to what songs get stuck in my head. I really dig MF Doom and everyone he worked with like King Ghidorah (Tic, Tic is amazing). Black Star May have an album soon so I'm mostly freaking out until that happens. Vampire Weekend's new album is good. Kevin Abstract is good. I've also been going through old tunes I liked as a teenager and seeing if they hold up - Smashing Pumpkins were so good... that C&C Music Factory, though...

6. What have been the greatest challenges/frustrations of your career so far?

I think it was the point at which I was writing music and not knowing what my sound was so I was all over the place but not finding a connection between them all. I found myself asking everybody around me if something sounded good or just completely hiding it away and not showing anyone. Which was extremely frustrating, like I was ashamed of just being me. It's a much longer connection to many things throughout my life where I looked to others to approve of what I did, when they said I probably shouldn't do something that I was getting into, I made the mistake of listening all the time and not knowing the right kind of person to listen to, or most importantly, not finding my inner will. Dirty White is very much a turning point from that unsure area to the "oh, this is my voice, it was here all along" and just owning it, which is so fulfilling. Dirty White explores a great deal of having a voice taken away, whether I watch it being taken from people most susceptible to the overpowering and unequal distribution of wealth, or I watch white men, like myself, take their own voice away as they slip into their own protective skin color and economic place. This album is really my own meditation on my feeling of impotence when it came to bringing needed change to us as humans. I joke sometimes, get a white, liberal man mad enough, he'll start a podcast. I made an album. It doesn't fix everything but it feels like a start and maybe it will help someone, who knows.

7. As a musician, what is your definition of success?

Getting up every day and being aware as much as I can be; aware of when I'm present, when I'm not, of what my gifts are and how I can cultivate them so they can help me and others. Awareness affects everything I do; writing music, hanging with my family, friendships, work. It puts the quality of life into whatever quantity of life I may have left.

8. What is your idea of perfect happiness?

Being awake for all of it, all of what life is, whether it is joyful or unpleasant, which goes in tandem with the success question. Happiness is a very interesting term that I spend a great deal of time meditating on - how it's defined for the purposes of consumerism, which controls our lives and the hot button political topics of today; economic racism, women's control of their body, wars with oil-rich countries, etc. Maybe another album is in there.

9. What is your present state of mind?

I always have musical ideas happening in my head but I have, like any other person does, a very full schedule where I'm not working on music, so that can feel hectic, but at least I feel, right? I made the intro song on Dirty White, called Crazy Diamonds, as a wake-up song for myself. Like, literally something to wake up to. It is over the top in its good feelings and positive reinforcement, which kind of prepares the listener for an album that gets into some deep, dark areas. Like doing some cardio before going into therapy, get the blood moving. I need that positivity reminder because I can get overwhelmed and just want to be cynical and binge watch Netflix. That thing where you 'just say positive things until you feel better' works for me and that's where I am right now; calmly hectic with cynical positivity. It helps to have a rhythm and keep busy at all times. This album is built around rhythm, the first song is morning or springtime and it works through the darkest part of night/winter to the very last song being the sunrise of the next day/return to spring. It may sound like it was super planned but I'm not that good, it really fell together in that way naturally.

10. What is your most treasured possession?

Two gifts every day when I open my eyes. Also, I really like coffee.

Writing music while my kids make an insane amount of noise around me. I use their sounds to make ambient beats and all kinds of craziness. When you can't have silence, make music from the noise.

Making music and being aware. That sounds boring. How's this; living on an Elon Musk owned space station with my family and friends, floating around the earth like that Fhloston Paradise cruise ship in Fifth Element and we get free lodging because I'm part of the house band. Mos Def, relaxing from his retirement, is the band leader and a still-alive Tom Waits provides spoken word and other noises while I, like some crazy Dick Van Dyke a la Mary Poppins, supply beats and ambient sound with the Roots and Keith Richards as a backing band. Keith is in better shape than all of us and the ship is propelled by our music. That sounds better.