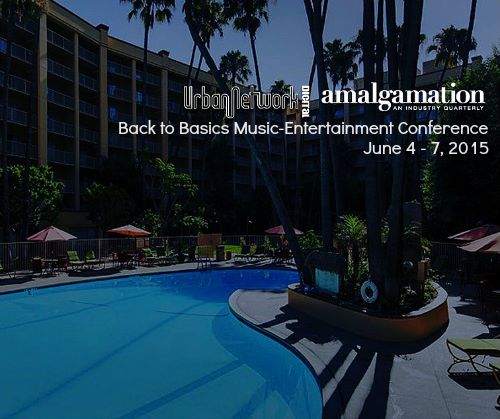 Urban Network Digital and Amalgamation Magazine are returning to San Diego, Calif., June 4-7, 2015 for its Annual Music-Entertainment Conference, themed “Back to Basics 2.”

This is the only event of its kind on the West Coast. More than 600 people attended the 2014 Music-Entertainment Conference in San Diego and over 70 independent recording acts performed during the 3 ½ days.

At the center of the 2014 Conference were many Panelists and Participants from around the industry who signed on to share their wealth of knowledge and expertise. Executives came from some of the following companies: Universal Music Group, Capitol Records, Warner Music Group, ASCAP, SESAC, Motown Gospel, the Recording Academy, Roc Nation Music, Black Entertainment TV, Billboard Magazine, Rondor Music, Beats Music, Clear Channel, and more.

This year, the 2015 music and entertainment conference will feature forums for mix show DJs, indie labels and artists, A&R development, production and songwriting, along with panels tailored to radio professionals.

Visit http://urbannetworkdigital.com to learn more. Like us at http://Facebook.com/BackToBasicsSummit to keep up with conference updates.