Where are you from?
We are based in the UK, just outside London

Describe your sound...
We would describe our sound as ranging from Funky House (Rock U Crazy) through to deep house and bits in between. As the producer and writer for Indiscretion, I realised that over the years, we had put out a few singles, but we did not have an album to our name. So just over 1 year ago we released our debut album, called 4 Am-named after 1 of the tracks on the album.

Tell us about your latest track…
Rock U Crazy was seen as a good track to launch the new album and Itself has an interesting backstory to it. Rock U Crazy started life as an instrumental called Mad Funky (of all things!) and not the easiest of titles to write a song about! Fast forward to meeting a session singer called Chantal and Rock U Crazy was born. BTW contrary to the title, Rock U Crazy has absolutely nothing to do with Rock, it is a dance track through and through!

Who inspires you?
I am inspired by good keyboard players, producers and writers, especially those who are prolific. I have grown up admiring Quincy Jones. I really enjoy David Guetta's commercial house tracks

Where do you see yourself in 5 years?
In 5 years, I would like to have expanded the label roster ( I am CEO of Biggroove records) more about that later, with at least 1 album out a year and numerous single releases. I am currently in negotiations to put on a Biggroove Records House night in a club. The idea is to do this on a regular basis in a large venue, so that we become established., even taking the event to festivals. We would also like to build a house music community of at least 20k strong, who we can share our releases/ news etc with. In fact if you like our sound you can join our mailing list (with FREE downloads and more!) here at www.biggrooverecords.com/mailing-list

Where can we listen to your music?
You can check out all of sounds at www.musicglue.com/biggroove-records.com/official-store 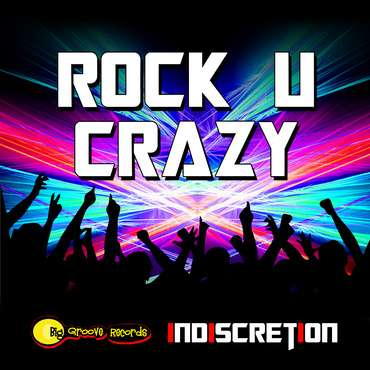 Tell us something people need to know about you...
As a writer, keyboard player and producer, I am part of 2 other outfits on the label. They are E-K-A, commercial house and songs; Mr A, a different sound of house and of course Indiscretion and yes, I write, play and produce for all 3 outfits! I have also started an online fashion and accessory line called IF?Lifestyles www.iflifestyles.com which celebrate those all important if? moments in life-you know going to a party by chance/last minute decision and meeting your future partner. That's an example of an IF? moment! We are on the look out for sponsors and celebrity influencers to help us along. So do get in touch if you would like to know more or help,