Kermit Henderson is a music & entertainment industry mogul and distribution mastermind with over 25 successful years in the business. He has received over 200 gold & platinum R.I.A.A. Certified Awards to his credits and is affiliated with over 140 # 1 Records on The Billboard Charts. Kermit is a lifetime member of the N.A.A.C.P and also C.O.O of S.I.M.M.S (Successful Independent Music Merchandising stores of America). Kermit Henderson has received a proclamation from the Mayor of Cleveland, Ohio. Kermit is also a brother and lifetime member of the fraternity ‘ALPHA PHI ALPHA’. His brilliance and dedication to his craft is evident in his many honors, awards and the respect and admiration he receives in the industry. Kermit will be proudly celebrating forty years in the music, film and entertainment industry in 2013.

Kermit realized early in life that with dedication and focus he could achieve any goal he set forth for himself. His family relocated to Cleveland, Ohio when young Kermit was in grade school. He grew up in the suburb of East Cleveland where he quickly gained a passionate love for music. The sounds of Motown Records and Rhythm & Blues inspired and influenced him as a young man, as he recounts memories of him and his brothers doing the ‘Temptations” walk around the house. Kermit graduated from Shaw High School and was quickly accepted into the prestigious ‘Case Western Reserve University’ in Cleveland, Ohio where he excelled holding a 3.52 GPA, and making The Dean’s List while majoring in Pre- Med and Chemistry. This is also where  he joined the Fraternity, Alpha Phi Alpha and became the very first person in Pi Chapter’s 59 year history to “cross the burning sands” alone . Kermit was the “Sole Survivor” of his pledge line. After college Kermit turned to his first love of music by DJing at local parties and weddings and working for a local advertising agency.

Around this time Kermit met and befriended, Jimmy ‘Scorpio’ Stephens who was the music director at, WABQ AM Radio Station. Jimmy not only taught Kermit a lot about being a professional DJ but also heavily influenced the young man. Jimmy then introduced Kermit to James Wright, owner of the ‘Filmore East Record store in Cleveland. James quickly realized Kermit’s amazing qualities and brought him into the business as an equal partner to help promote and advertise. While working with James, Kermit did T.V. & Radio Ads, worked a street promotions team and did ‘Live Remotes’ on the radio. James Wright was very influential to Kermit at this time, teaching him a lot about the ups and downs of the distribution aspect of the industry where he took on the nick name, Inflation Fighter Kermit. It did not take long for Wright to make Kermit a partner in his many other ventures. Then within a span of ten years the partners opened and successfully ran five record and distribution stores. This included Kermit stepping out on his own in 1978 and opening ‘Dolls Rapid Creation’ record store. ‘Dolls’ became a very popular staple in East Cleveland, Ohio and Filmore East – Yendor in the Lee Harvard Shopping Center  in 1978 (Currently Joy Of Music).

Kermit has promoted, managed and worked with countless recording artist, including: Ready for The World, Heavy D  and helped mentor develop the super group, Bone Thugs-N-Harmony who then went on to sell 50 million records worldwide, just to name a few. Kermit began a successful relationship with Def Jam Records in the mid 1980’s and also promoted and distributed records that were on the Death Row Record Label. Kermit Henderson is currently the C.O.O of his company ECMD (Every Coast Music Domination). They have a distribution deal with INgrooves/ Fontana, Universal Music Group Distribution. His expertise in the entertainment business has landed him to the top level of the Business

Some of his many other accomplishments include: The ‘Music Retailer of the Year’ in 1991 & 1992 for Urban Network Magazine.

Being nominated twice for, ‘Small Retailer’ of the year in NARM,

(National Association of Recording Merchandising) between 1991-1993.

Being nominated in the Gavin Report Magazine in ‘1991, 1992. Rap Retailer of the year

Kermit has received a proclamation from the Mayor of Cleveland, Ohio.

What moves this dynamic and influential man is watching young people in particular do something positive with their lives. He is an advocate for believing in yourself, following your dreams and working hard to get to where you want to be. Anyone who knows Mr. Henderson knows that this philosophy is the ground work for a successful career. We as young entrepreneurs and artist take our hat off to Kermit as we walk in the footsteps he has so carefully laid out before us. 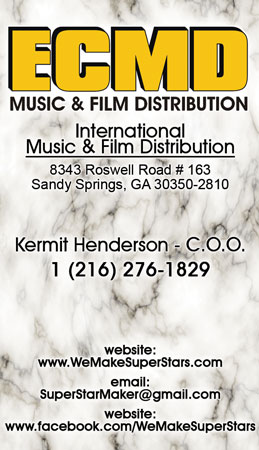 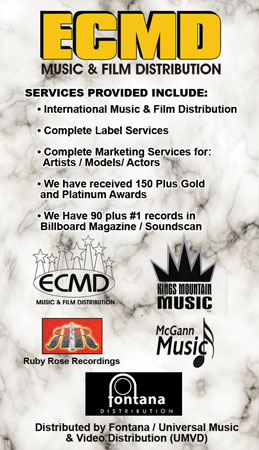