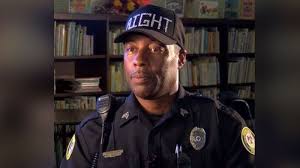 I recently had the opportunity to interview a former African American police officer who was a victim of racism. His story is compelling and sad and this is the first time he speaks on it.

What is your name and where are you from?

My name is Arthur Avant and I'm from a small town in Mississippi called Looxahoma Tyro.

Tell us about your education?

How many years have you been a personal trainer?

I have been a personal trainer for over 28 years, I've placed alot of athletes in college programs and I've trained quite a few that has went pro in track, baseball, football and the winter sport skeleton in which is a one man Bob sled, my training has always be sought out by many until this very day I get new clients.

You have always helped children for many years right?

Helping children is my passion,  I can say it started by watching my mom and dad not only deal with all of us as their children but those in the church, school and streets. I have done presentations at schools with my art work etc for over 30 years.

How many years were you a police officer?

I was a city police for 19 years and a county deputy for almost a year.

While a police officer you received several awards and accomodations right?

I have been blessed to receive many awards, the first one was the top cop award for being the best in the academy,  I've also received awards like police officer of the year, D.A.R.E officer of the year, mid south hero award for the state of Mississippi, Arkansas and Tennessee.  I have been recognized by the governor and was a CNN finalist for an award, a true blessing.

You worked as a Dare Officer, loved and respected by many?

I worked as a D.A.R.E. officer for 18 years and taught classes every semester to 2 schools,  I was extremely well respected by many, I was also known as AKA DOUBLE A for being the rapping police officer,  I did concerts all over and rapped to over 60 thousand children all over.

You were wrongfully accused of a crime of sexual nature, please give readers your side of the story.

Yes I was wrongfully accused and set up by the same justice system that I worked for,  many say it was jealousy, hate and others call it a racist act. Everyone involved was white and I was set up to take a charge for something that I would never do nor think about, they tried to use everything that I did well in the community and life against me, I was easy prey because I'm a trainer and I work with children. They used leverage from the me too moment where men were loosing their jobs by just hugging a lady or giving a compliment,  I'm not saying anything negative about the movement but some cases were not handled correctly, some men deserved to get charged yet some fell victim themselves of some who just knew all they had to do is accuse and boom. I was ready to go to court and go to battle. Now that the black lives matter is on the move it shows how a white officer can kill black man on the street and its hard to charge him, we see more and more blue on black crime, yet in my case, there was no video, no evidence, just people making false statements to stack the deck. I will maintain my innocence forever, I basically had the knee of the justice system on my neck for almost 3 years dealing with accusations but now I can breathe and not only tell my story but help others who have or will be set up by the system.
I became to big for a small city as a black man, a educated man, a successful man. Something had to be done to send me about my way. As you see it happens not only in the big cities but the small counties. Its alot of injustice going on and i came out of this because I am innocent and GOD knows this, I believe that he allowed this to happen to test my faith and give me a testimony to help others. So many blacks are being set up, they take charges they don't have to take, the system plays a game called, let's make a deal with their life. GOD IS STILL ON THE THRONE and its how I've come this far and how I will rise to the top,  the set back was just a set up and I'm set up for victory by his grace and mercy. What they meant to do was to destroy me and my reputation plus financially put me in the hole but GOD says no weapon formed against you shall prosper and I live by that. For over 900 days I was silent because of court etc yet the Bible tells you to be slow to speak and be still and know that i am GOD. I thank him for giving me this testimony and I thank you for the opportunity to start this new journey of helping others who are innocent as well. as a black officer who wore the blue I have an amazing story to share. Thanks again for this wonderful opportunity. GOD BLESS.