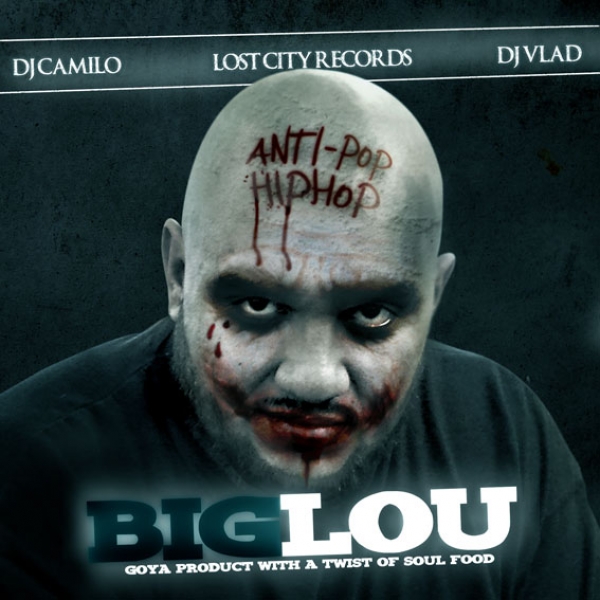 TO PROMOTE YOUR MIXTAPE THROUGH THE COAST 2 COAST NETWORK VISIT WWW.COAST2COASTPROMO.COM

The great Jesse Owens once said, 'We all have dreams. But in order to make dreams come into reality, it takes an awful lot of determination, dedication, self-discipline, and effort.'
It's been a long road for Camden, NJ's native son. Over a year removed from his Streetsweepers affiliation and well-publicized legal issues, Big Lou may have stumbled upon the title of the creator of 'The Greatest Mixtape Ever' by an unsigned artist. Not to imply that this Hip Hop masterpiece was an accident, but stating that it turned out the way it was planned would be an overreach.

It's no secret that every unknown rapper longs to make their mark in Hip Hop via the mixtape circuit. While no longer a lucrative market and one that has been saturated by every person aspiring to achieve greatness in this genre, some of rap music's biggest artists would still be relatively unknown without this gateway.

In early 2009 Big Lou and the label he created, Lost City Records, started to pen up ideas for his debut mixtape post Streetsweepers. The challenge was a difficult one considering that the 'Playtime's Over' project released by DJ Kay Slay although well received, did not generate the buzz that his first major release, 'Resurrecting the Dead,' received despite Kay Slay's powerful platforms on NY's Hot 97 and Shade 45 radio stations. When asked about the different reception both projects received, Big Lou said, 'When I dropped 'Resurrecting the Dead,' it took over 8 months to finish it. It was put together with detail and every track and skit set up the track that followed. It was like a movie. Kay Slay just talked a lot on the other project. There was nothing to it other than good tracks. The fans immediately felt the absence of my input. Basically it was more a Kay Slay mixtape than a Big Lou Mixtape.'

Big Lou's new project, 'The Goya Product With A Twist of Soul Food,' never had a shot to end as it was designed. Once the industry got wind of the broken marriage to Streetsweepers, the backlash that was expected by Big Lou and his camp never came and soon artists and DJs who actually stayed away because of the affiliation, immediately started to call. The result has been one of the most impressive line-ups by an unsigned artist in the history of the mixtape circuit.

With artists such as Vinnie Paz (Jedi Mind Tricks), Immortal Technique, Cassidy, Krutch, Pitbull, Math Hoffa, Jeru Da Damaja, Cuban Link, Nino Bless, Sav Killz, Chino XL, Mike Beck, Jaz 0, Mysonne, Termanology, DJ Camilo, DJ Vlad, Tony Touch, Nu Jerzey Devil, Dio and over 25 other artists, this project evolved into a masterpiece that will undoubtedly be debated for years by Hip Hop fans all over the world. 'Is this the greatest Mixtape Ever Made?' Like all treasures before us, only time will make that distinction.