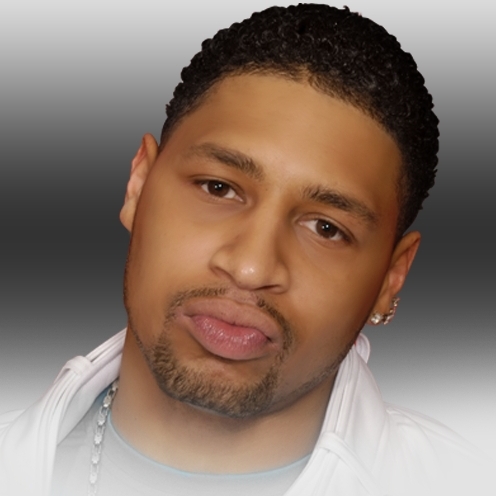 Smoke E. Digglera has not received any gifts yet

Reason Why You Joined this International Network?
I am here to network, to promote, and to bring a breath of fresh air to the music industry.

What Do You Hope To Accomplish as a Member Here?
I hope to create new relationships within the music industry.

Tell Us About You and Your Career
Smoke E. Digglera EPK & Catalog/Discography

Responsible for many of the hits you have heard on the radio over the past 13 years, SMOKE E. DIGGLERA is a soulful R&B artist / producer, who blends traditional Rhythm & Blues with elements of pop, hip-hop, jazz and the Motown Sound. SMOKE E. DIGGLERA was born in Louisville, Kentucky and began singing at the age of five. During his early years, SMOKE E. DIGGLERA sang at home, in church and in school productions. He studied other artist's musical and vocal talents which deeply influenced his own musical style.

In the mid 1990's, SMOKE E. DIGGLERA (then named "Smokey") was a member of the R&B group Playa who got their big break when they were discovered by platinum selling R&B group Jodeci after they sang backstage for them at a show. Under the guidance of Jodeci producer DeVante, Playa was a part of production / singing / writing collective dubbed "Da Bassment" whose members included Grammy Award winning artists Missy Elliot and Timbaland.

Playa, with SMOKE E. DIGGLERA on lead vocal, released their debut album "CHEERS 2 U" in 1998. The hit single of the same name reached 3 on Billboard's R&B / Hip-Hop Chart and remains a favorite among music lovers today. The video for "CHEERS 2 U" (http://youtube.com/watch?v=0yvSkYpVZ_I) made history by becoming the most requested video on Black Entertainment Television (BET).

As he readies his solo project, SMOKE E. DIGGLERA is opening a new chapter in his career. Writing, producing and performing solo material for a couple of years (http://ilike.com/artist/Smoke+E.+Digglera), SMOKE E. DIGGLERA is now ready to use his enormous talent and seasoned experience to take the music industry by storm once again. His music is a mix of beautiful ballads and up tempo, dance friendly tracks which is sure to please listeners and musical enthusiasts of all genres.

SMOKE E. DIGGLERA's diversity as an artist and desire to touch lives is evident through his music and broadbased appeal. In June of 2011, he wrote and produced a song for Fortune 500 restaurant giant KFC in honor of Black Music Month. The video for "Our Music is Love" is featured on the KFC 360 website.

Arlisa said…
Thanks for the invite Smoke and the sweet sound of your music.

Wishing you nothin but luv!