there is the no risk, 20% Guarantee for financing J.D.'s film slate, your own films and that of other film slates and major films. The 20% (Minimum of $10M=$50M Slate or Film) never leaves your account or is in escrow) and if you are guaranteeing this for films or film slates, you can negotiate 10%-20% on the back end with the production company. All we need is P.O.F., Letter of Commitment and Bank-to-Bank and I can then send you over… Continue

some good music 4 ya ears satisfaction

For those Who live and breath staying fresh to def, from Head to toe, Love Music and the Hip Hop Culture, Make sure to stop by and subscribe to my New Site/Blog Platinum Status! For the latest on Music, News, Fashion, and Gossip.
Get updates delivered directly to your email: I'm looking for bands, singers & musicial artist for remix-projects. If U have a song and U need a modern worldwide fresh sound also for playing in european radios or clubs, then contact me.

We at Hair First Design Studios, are havind a contest the rules are as follows:
the customer or should I say the TOP THREE customer how have the most referals between January1,2009
and May 31,2009 will recieve FREE HAIR SERVICES FOR SIX MONTH!!!!!!


THE RUSH IS ON SO DON'T MISS OUT ON YOUR CHANCE TO BE A WINNER!!!!

This event will take place on Jan 27th…

NubianGraphics.com
NOT ONLY MOST OF THE AMERICAN
BUT MOST OF THE PEOPLE IN OUR WORLD
ARE SO HAPPY TO SEE HIM PRESIDENT FOR REAL...
AND WE SHOULD ALL LONGSIDE GOING FORWARD FOR THE BETTER...…

EVERYONE WELCOME TO DISCOVER SOME OF MY SONGS

There are Demo Songs (not yet masteurisedand not all well produced)
Meanwhile many songs have been well produced and will soon Come Out in a First Album...…

CALLING EVERYONE WITH UN-NOTICED OR UNSIGNED TALENT!!!!!!

CALLING EVERYONE WITH SOME UNSIGNED OR UNNOTTICED TALENT!!!
View my page on Sign Yo-Self…

DJ Check Out These Online Radio Shows And Events! Slim of 112 will be on Xsquaddj Radio Today! 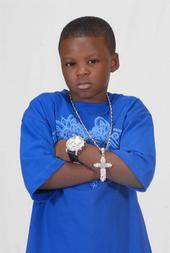 CHOO BIGGZ Vs. THE INDUSTRY !