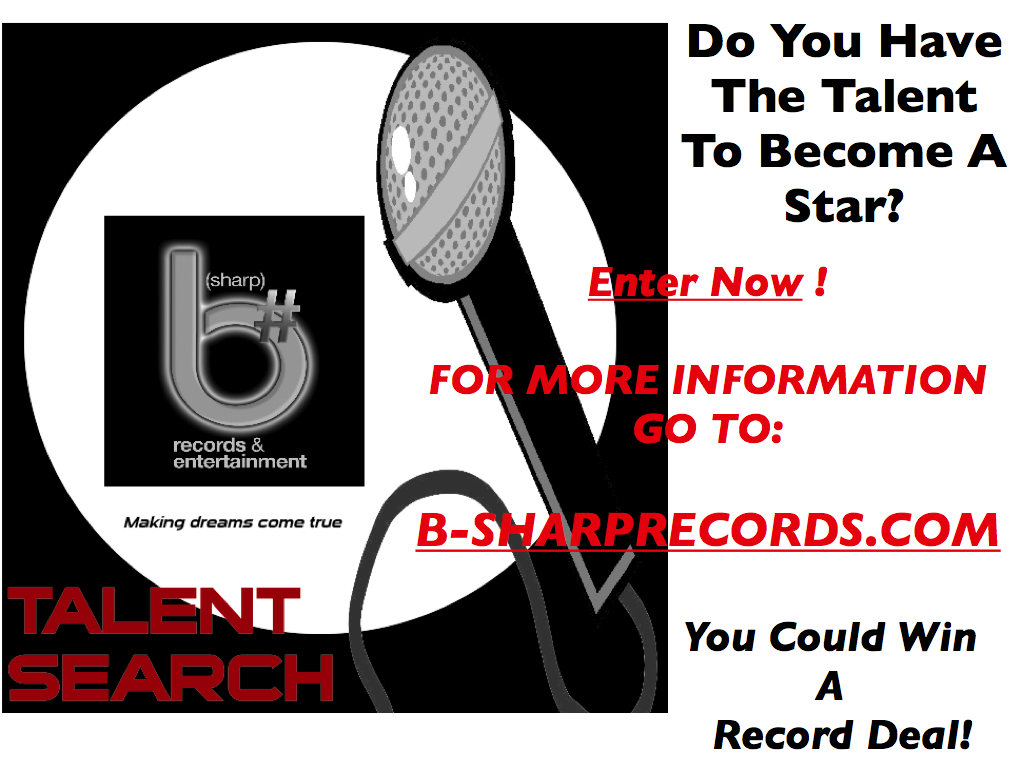 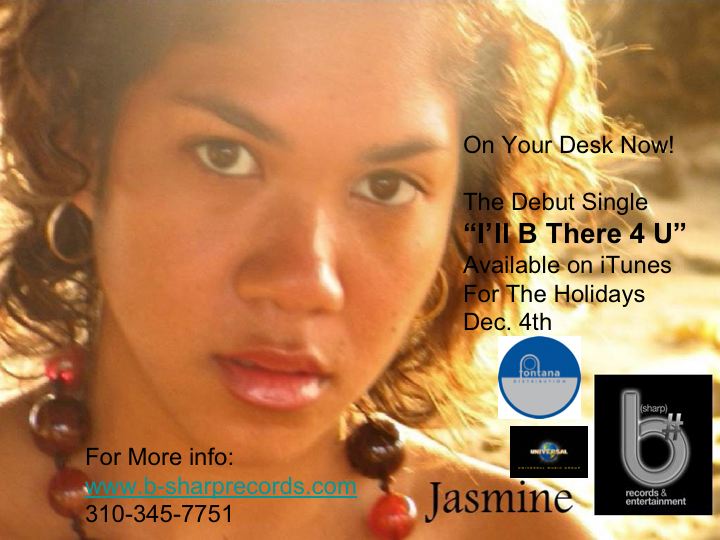 DO YOU HAVE TALENT?
the record label www.b-sharprecords.com is looking to break new artist.
if you know of/are a part of/has a friend at school studing music/ have them reach out to Brenda Jones Walker & Bruce Walker.


About B-Sharp
B# (Sharp) Records and Entertainment was started by an experienced team of music and television executives with more than 30 years of knowledge and history in the entertainment industry. These executives have proven track records and have collectively sold over 300 million in music worldwide on top recording artists. B# (Sharp) Records has major music, digital and DVD distribution through Universal Music Group/Fontana the #1 distributor in the world.

Guided by the direction of such industry executives, who are also multi-talented music and television producers, B-Sharp is positioned to produce and distribute a complete product line. These executives have worked at major labels such as Capitol Records, Interscope Records, DreamWorks Records, Motown Records and have written and produced shows, created source and theme music for MTV, BET, Nickelodeon and Si’TV.

Bruce is a talented and experienced music and TV executive who worked as Sr. Vice President of A&R at Motown Records, General Manager of Motown’s Jazz label MoJAZZ and General Manager of Urban Music at DreamWorks Records, SKG. He has a proven track record as an executive producer who has worked on over 100 albums spanning R&B, Pop, Gospel and Jazz, which has earned him a variety of gold and platinum success. Bruce has worked with superstars like Stevie Wonder, Queen Latifah and Boys II Men.

He has also worked as a consultant to the Executive Vice-President of Programming for BET. Creator, writer and producer on a variety of one-hour music specials for BET, which includes BET Award Show Red Carpet specials, Prince of Egypt Gospel Special, Jazz specials, BET launch of its nationwide television tour and The NBA All-Star Game. He has also worked with National Academy of Songwriters on MTV Salute to the American songwriter, The House of Blues Network specials, and served as the creator/producer who launched a daily one-hour music talk variety show entitled “The Drop” on Si TV, a nationally distributed Urban/Latino cable broadcast network.

Brenda began her outstanding music career working with top visionary and cutting edge companies like Capitol Records as Vice President of Marketing and Vice President at Interscope Records/Death Row Records, The Arsenio Hall Show and MCA Records. She is a talented executive who has worked with superstars such as Snoop Dogg, Tupac, Quincy Jones and Usher.

Brenda has consulted to BET and the Executive Vice President of Programming for the network on several of their television shows. While working with the network she implemented a nationwide media campaign in launching its first ever nationwide television tour for increasing visibility for BET’s brand with it’s consumers. As a dynamic and visionary leader she was brought on by Si TV network to produce, launch and co-create “The Drop” its first ever music show for the network.

SO HERE IS HOW YOU SUBMIT YOUR INFORMATION TO US: